Coggeshall Farm Museum brings the lives of Rhode Island’s 18th-century farmers to life through daily activities and emonstrations. Visitors are encouraged to participate and experience first-hand what it’s like to cook over a hearth, train a cow, use a two-man saw or care for a historic farmhouse.

Hearth Cooking
10:30 am, daily
Help prepare simple foods over an open hearth. Learn how to preserve food harvested from our heirloom garden and transform farm ingredients into something delicious!

Period Woodworking
1 pm, daily
Try your hand at the two-man saw and other woodworking tools common in the 18th century. Learn how Coggeshall farmers use these tools to restore buildings, repair fences, build gates,crafting shingles or process firewood.

Workyard Chores
1:30 pm, daily (weather permitting)
Every season brings new tasks that must be accomplished on a farm. Autumn is a time for raking leaves, collecting sticks and firewood, gathering feathers for household use and other chores. Jump in and help!

Cow School
2:30 pm, daily (weather permitting)
Have you ever wondered how a 1,500-pound animal learns to respond to simple commands? With lots of practice! Learn how we train our cows and see if you can follow cow commands, too.

Home Sweep Home
3 pm, daily
As our day comes to an end, it’s time to tidy up our historic farmhouse. Help us sweep using a handmade broom, clear the cobwebs using a feather duster made from feathers collected on the farm and other household activities. And we might just relax with a cup of tea to reward our efforts.

Starting off as a dream from a long time ago in a galaxy far far away, Pizza J breathes fresh life into the formerly vacant L&G Armature building located at 967 Westminster Street in Providence, RI.

Owner & Founder Julian Forgue touched every inch of this building in the redesign and build out process. His goal was to recreate some of his favorite child hood memories from when his folks would take him out for a pizza. A special treat in his house hold.

The menu, which is still growing – starting small as Julian’s menu had – consists of 6 staple pizzas, a selection of appetizers, salads, sandwiches and a daily pasta dish. The idea being to do a classic pizza place with the best ingredients and carrying on the Julian’s mantra; hand made with love and imagination.

And yes there are vegan options, you can substitute a vegan cashew “cheese” made in house as well as gluten free options with a cauliflower crust made in house for any of the pizzas.

The bar features 17 craft beers on tap and two bottled beer (16oz Bud can and Orval Trappist Ale) options as well as two wines on tap. The wine on tap is fun because you can get a glass or a carafe or even a half carafe!

In the near future we plan on adding many more bottled non-alcoholic beverage options as well as creating a deli case where you can buy our pulled pork by the pound, par-baked calzones, preprepared entrees and salads, ya know in case you have to just run in and run out and don’t have the time for a full blown dinner experience.

Oh, almost forgot to mention, secret arcade in the back room for you to get away from the crowd for a minute featuring a multicade and pinball. Good times. Good times.

Right now Pizza J is open Wednesday thru Sunday 5pm-1am, serving food till 1am. We will expand to being open Monday and Tuesdays with in the month. Stay tuned for the deets. In the meantime, join us for a slice. C’mon down!

This project has been a long time in the coming, we hope you enjoy it.

Johnson & Wales University is Changing the Way the World Eats™

A new movement towards eating healthy is launched 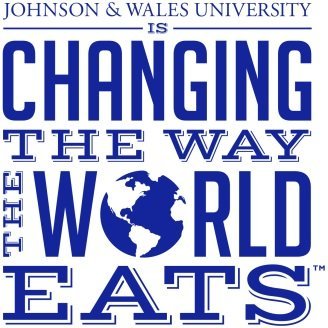 Much about the way we eat has changed since 1973 when Johnson & Wales University (JWU) opened it College of Culinary Arts in Providence, R.I. Americans have gone from adhering to four food groups (milk, meat, vegetables and fruits, and bread/cereal), to decoding nutritional labeling, assessing a multitude of diet recommendations and fads, and getting caught between the crosshairs of fact and hyperbole. Simultaneously, the university has expanded to four campuses across the U.S. while the power of food has become as controversial as it has beneficial.

As an international leader of culinary education and with its scores of alumni who have become established in the food industry as executive chefs, research chefs, nutritionists, dietitians, food service managers, entrepreneurs and business leaders, JWU has become a recognized food authority. In addition, the university has collaborated with medical schools across the U.S. including Tulane University School of Medicine, Warren Alpert Medical School of Brown University, and the University of Colorado School of Medicine in an effort to bridge the gap between food and medicine. To emphasize its role in the world’s food decisions, industry choices, and overall health and well-being, JWU has launched a public awareness effort with the theme, “Johnson & Wales University is changing the way the world eats.”

Chef Jonathan Poyourow ’03, RD, LD, an assistant professor in the Culinary Nutrition department, is leading the effort with new TV segments that appear bi-weekly as part of Cooking with Class on NBC10’s noon news broadcast which airs in southern New England. Chefs and faculty at all campuses will be joining the effort to educate consumers about eating healthy through media and community appearances. A new website has been launched featuring blogs, tips, and recipes from JWU faculty experts, http://www.jwu.edu/eathealthy/, and a visual identity captures the essence of the effort.

Since 1973, the world’s eating habits and global food industry have evolved exponentially. The World Health Organization reports that worldwide obesity has more than doubled since 1980. “Consumers have been blitzed by information on what’s good and not good to eat,” Peter Lehmuller, Ed.D., dean of the College of Culinary Arts says, “Our faculty, alumni, and inquisitive students are able to apply what they know and learn so that a multitude of people can eat healthier. All the healthy food in the world isn’t good if it isn’t palatable.”

Lehmuller, a 20-year veteran with the university, articulates the sea-change in culinary education. Once considered a vocation, culinary arts has been generating a new field of careers that extend beyond the kitchen and into the research labs of major food companies, entrepreneurial start-ups, medical schools, and more.

During the past three decades, JWU’s culinary programs have evolved to include a Bachelor of Science degree in Culinary Nutrition. The program, launched in 1999, was the first of its kind to receive accreditation from the Accreditation Council for Education in Nutrition and Dietetics (ACEND).

Many of its graduates go on to become dietitians and research chefs. According to the U.S. Bureau of Labor Statistics, employment of dietitians and nutritionists is projected to grow 21 percent through 2022, faster than the average for all occupations. The role of food in preventing and treating illnesses, such as diabetes, is now well known. More dietitians and nutritionists will be needed to provide care for patients with various medical conditions and to advise people who want to improve their overall health.

Interview with Mark Bittman, Appearing in Providence for the RI Community Food Bank

To Portland, Maine in a Chevrolet Bolt EV