The Department of Environmental Management announces that Cottrell Homestead in West Kingston has been named Rhode Island’s 2015 Outstanding Dairy Farm of the Year by the Rhode Island Green Pastures Committee. Winning dairy farmers from each New England state will be honored at an awards banquet on September 18th at the Eastern States Exposition in West Springfield, MA.

The Rhode Island Green Pastures Committee chose the Cottrell Homestead because of its outstanding relationship with the community, its active involvement with the future viability of dairy farming in Rhode Island, and its continuing efforts to implement best management practices. During the past year many improvements were made at the farm; a new calf barn replaced the original barn that was built more than 70 years ago, the barn roof was shingled, and the milk room was completed. In 2004, improvements to the farm’s manure management system and water quality were made with funding from the US Department of Agriculture and DEM.

“The historic Cottrell Homestead in West Kingston is one of Rhode Island’s finest dairy farms and we are pleased that it has been selected for this special award,” said DEM Director Janet Coit. “The success enjoyed by the Cottrell family and other dairy farmers who produce local milk products is helping to protect and preserve hundreds of acres of farmland that will support continued agricultural endeavors for this and future generations to enjoy.”

The Cottrells were among the first farmers in Rhode Island to protect their farmland in perpetuity through the sale of development rights to the state in 1986. Five generations of the Cottrell family have farmed the Cottrell Homestead. The farm was started in 1900, when Oliver Cottrell’s grandfather bought and farmed the property. The property was subsequently farmed by Oliver’s father. The farm is currently operated by Oliver Cottrell and his sons, Matt and Glen, along with his daughter, Julie, and his grandchildren.

Cottrell Homestead maintains a milking herd of over 70 Ayrshires and Holsteins. Corn and hay silage is raised on the farm to feed the herd during the winter months. The Cottrells maintain a roadside stand for the sale of sweet corn and other vegetables.

“The RI Dairy Farms Cooperative believed that Rhode Island was thirsty for locally produced, fresh milk, and were they ever right! Their belief and hard work over the past decade has really paid off,” noted DEM Director Coit. “Today, Rhody Fresh is thriving and its many products can be found throughout the state in large grocery stores and small neighborhood markets, as well as restaurants, colleges and universities.”

For over 40 years the Cottrells have allowed 4-H members to manage animals for their 4-H projects so that future generations of children can learn where milk comes from and take responsibility for the care of animals. At the present time there are four 4-H members involved in management tasks on the farm. Many of those 4-H members who have been involved in farming at Cottrell Homestead in the past have advanced their careers in agriculture after graduating from college.

Farming is an integral part of the state’s economy and provides a valuable contribution to Rhode Island’s open space and quality of life. Beyond fresh and local produce, nursery stock, sod and Rhode Island’s own Rhody Fresh milk, in RI agriculture contributes $239 million annually to tourism, open space, landscaping businesses, and a variety of food-related industries. According to the 2014 update to URI’s Green Industry Economic Impact Study, the 3,327 green industry businesses in Rhode Island sustain 15,826 jobs and contribute $2.5 billion annually to our state’s economy.

The Outstanding Dairy Farm of the Year award is sponsored by the New England Green Pastures Committee, made up of agricultural interests such as state and federal agricultural offices and farm organizations. Membership in Rhode Island’s Green Pastures Committee is coordinated by the Rhode Island Agricultural Council and DEM’s Division of Agriculture. Other members include the Rhode Island delegation of the Rhode Island Dairy Farms Cooperative, the RI Farm Bureau, the RI Farm Service Agency and the Agri-Mark Cooperative. Recent winners of the long-standing award include Wrights Dairy Farm of North Smithfield (2014), Bailey Farm in East Greenwich (2013) and Escobar Farm in Portsmouth (2012).

Produced by Eat Drink RI and sponsored by The Haversham Restaurant, the Eden East “Rhode Island Round-Up” will recreate the unequaled dining experience that the restaurant provides guests each weekend on the grounds of Austin’s Springdale Farm. Eden East will donate a percentage of sales from the dinners to Colors for a Cause RI, a non-profit organization that supports families with children suffering from cancer.

Each evening begins with a reception at 6 p.m. followed by a seated dinner paired with wine & beer. Tickets are $150.00 per guest, all-inclusive, and are non-refundable, but are transferable. The event is tented and will be held rain or shine. 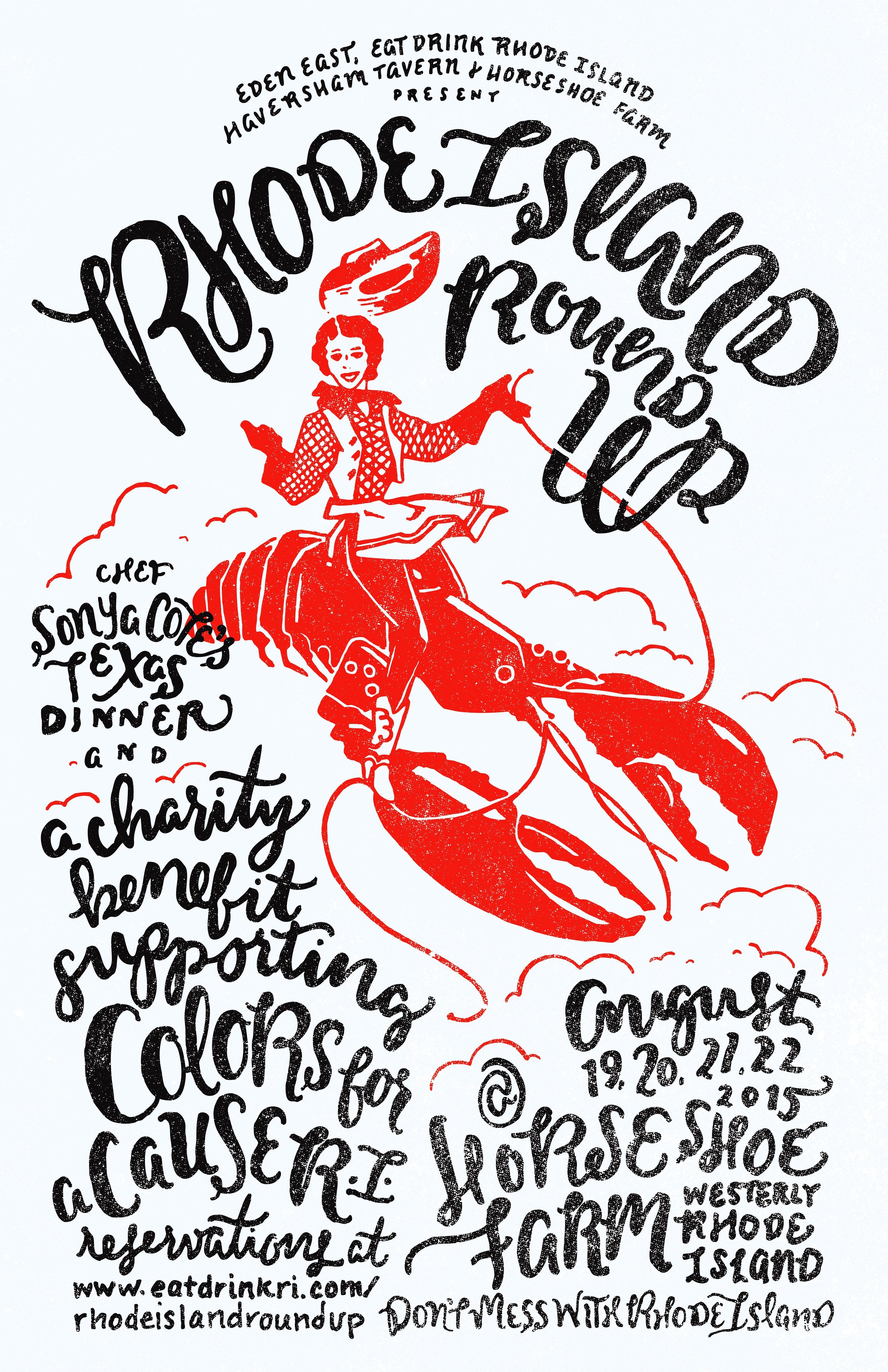 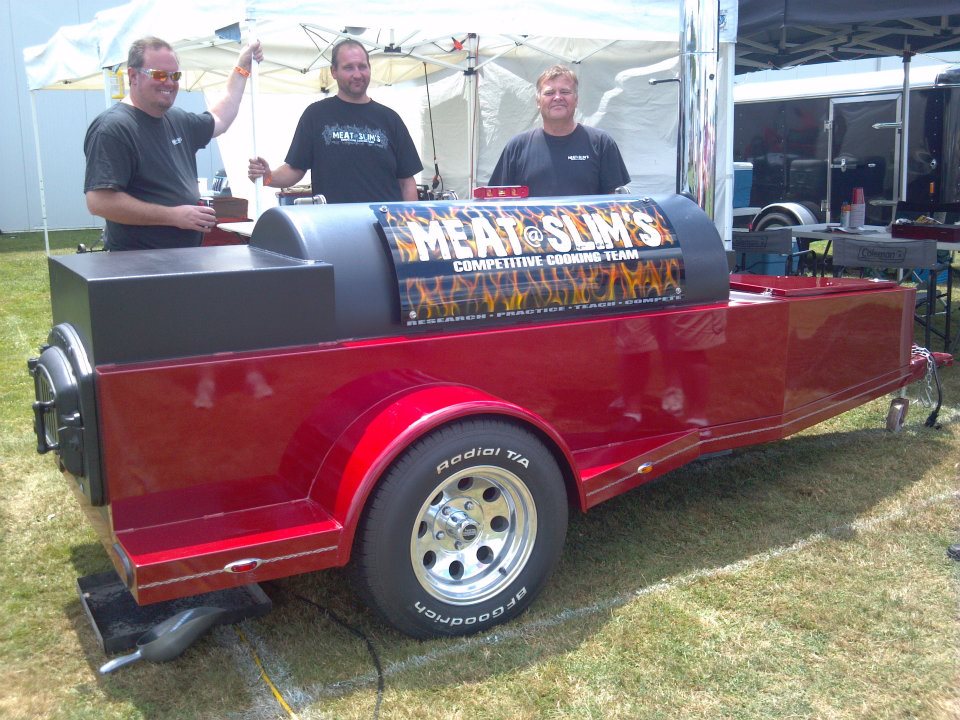 Winners of the 4th Annual Rhode Island BBQ Championship will be decided on Sunday, July 19, providing a tasty finale to the 37th Annual South County Hot Air Balloon Festival sponsored by the Rotary Club of Wakefield at the URI Athletic Fields in Kingston, RI from July 17 through 19.

The competition is sanctioned by the Kansas City Barbeque Society and has been proclaimed by the Rhode Island Governor as the official state BBQ championship. Now in its fourth year, the competition has annually attracted upwards of 50 teams from throughout the United States, as well as some from Canada and as far away as the United Kingdom. Many KCBS certified judges also travel to South County each year to enjoy this event. At the awards ceremony scheduled for Sunday at 3:00 p.m., $4,100 in cash prizes, as well as trophies, will be presented to the top ten winners in each of four designated KCBS categories for chicken, pulled pork, ribs, and brisket. Participation in the Rhode Island competition counts as an “auto-qualifier” for “The Jack”, a national championship held at Jack Daniels Hollow in Lynchburg, Tenn., each October.

Three BBQ vendors, one each from Florida, Vermont and Rhode Island, will provide visitors the chance to enjoy the varied tastes of BBQ selections in the large food tent during all three days of the Festival.

From Friday, July 17 through Sunday, July 19, the 37th Annual South County Hot Air Balloon Festival is an iconic event in southern Rhode Island every summer. Colorful hot air and shaped balloons, musical performances, fireworks, carnival rides, food vendors, classic cars, free train rides & fishing pond for the kids, arts & craft vendors, the Flying Wallendas, and much more make this a popular family-oriented event every summer. Balloons are scheduled to inflate on Friday & Saturday evenings at dusk and Saturday & Sunday mornings at dawn, weather permitting. Tethered rides will be available. Hours are Friday, 4-9 p.m.; Saturday 11 a.m.-10 p.m.; Sunday 11:00 a.m.-6:00 p.m. Admission is $10 for adults, $5 for children 14 & under, and $25 for families. Parking is free and RV camping is available onsite. Proceeds from the Balloon Festival support the Rotary Club’s scholarship and charitable programs in the local communities. The schedule of events and other Festival details are available at www.southcountyballoonfest.com.

Registration forms for the BBQ competition teams and judges are available at the Festival website, www.southcountyballoonfest.com, or by contacting Rotarian and event organizer Bud Faria at budfaria@yahoo.com, or by calling 401-789-3902.