Once a month, though not during the summer busy season, the Ocean House in Westerly invites a notable local chef to prepare a three-course dinner paired with wine. As you would imagine from the “Farm” part of the dinner series title, a serious attempt is made to use all local ingredients. In May the guest chef was Derek Wagner chef/owner of Nick’s on Broadway in Providence, Qupé Winery was chosen for the evening’s pairings and Arcadian Fields’ farmer Diana Kushner provided a wonderful bounty of ingredients, as well as humbly serving as a guest of honor. I was an invited guest to the dinner and made a series of photographs with the two chefs in the kitchen beforehand.

On Wednesday, June 1, Chef Brian Kingsford from Bacaro in Providence is the guest chef. Some ingredients are to be provided by Farm Fresh RI and featured wines are from Testamatta Winery. For more information and to make a reservation see the complete listing on the Upcoming Events page. Persimmon Chef Champe Speidel and New Rivers‘ Chef Beau Vestal are scheduled for Farm + Vine dinners in the fall. Watch the Events page for updates. 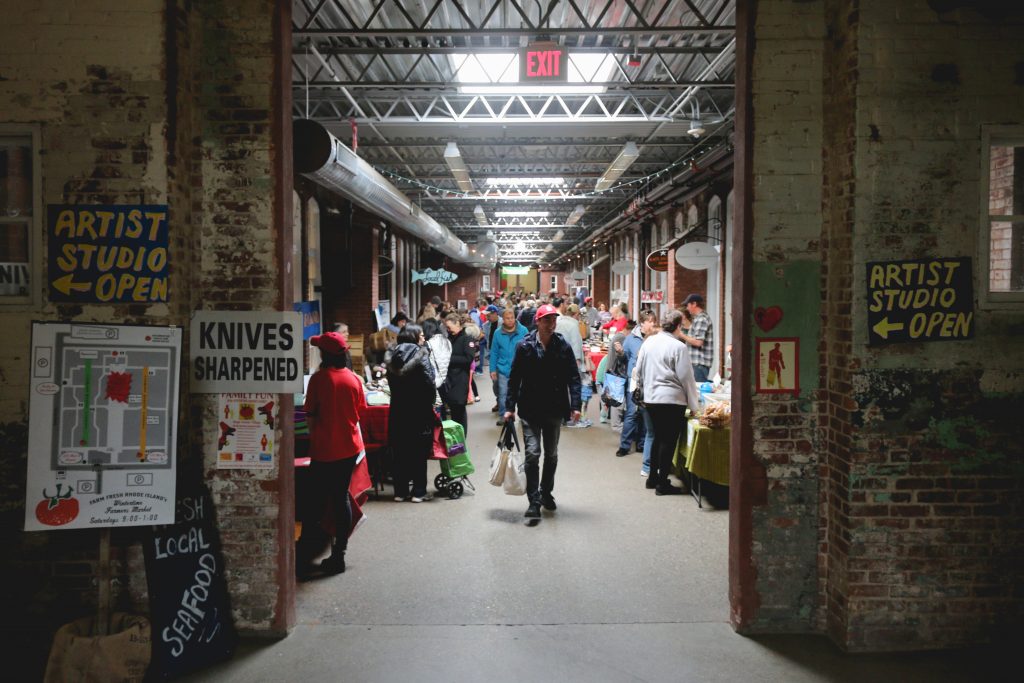