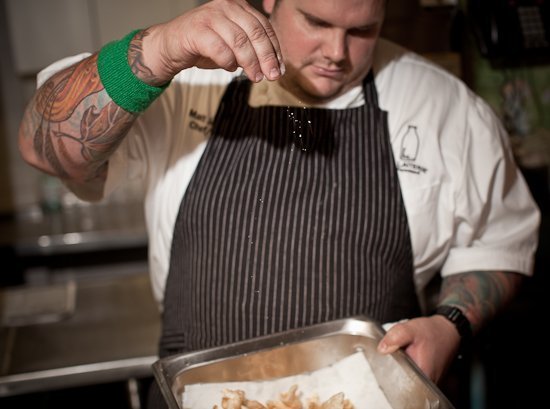 The James Beard Foundation Award nominations were announced this afternoon and Providence’s own Chef Matt Jennings of Farmstead & La Laiterie received a nomination in the Best Chef Northeast category. I spoke with Jennings as he was driving a van full of cheesemongers and restaurant staff home from a cheese-making trip to Vermont. Jennings was almost speechless, telling me he was “very very honored” and it was “unbelievable” before describing the van to me. “We’re driving on 93, south of the Vermont border. There’s Winnemere [cheese] on the dashboard and bottles of maple syrup clanking around in the back. I’m totally honored.”

Congratulations to Chef Jennings. Here’s hoping he brings a Beard Award home to Rhode Island. The James Beard Foundation Awards will be announced on May 9th at a Gala and Reception in New York.